With so much attention devoted to changing behaviour to get people to take more exercise, one of the most simple things, and one which is often overlooked, is walking. Walking is accessible, available, sustainable, and (for most people) easy. Apart from a decent pair of shoes and appropriate clothing, it doesn't cost much money or require any special equipment. You don't need to book an appointment, do any training, or get yourself to a particular place - you can start at your own front door. 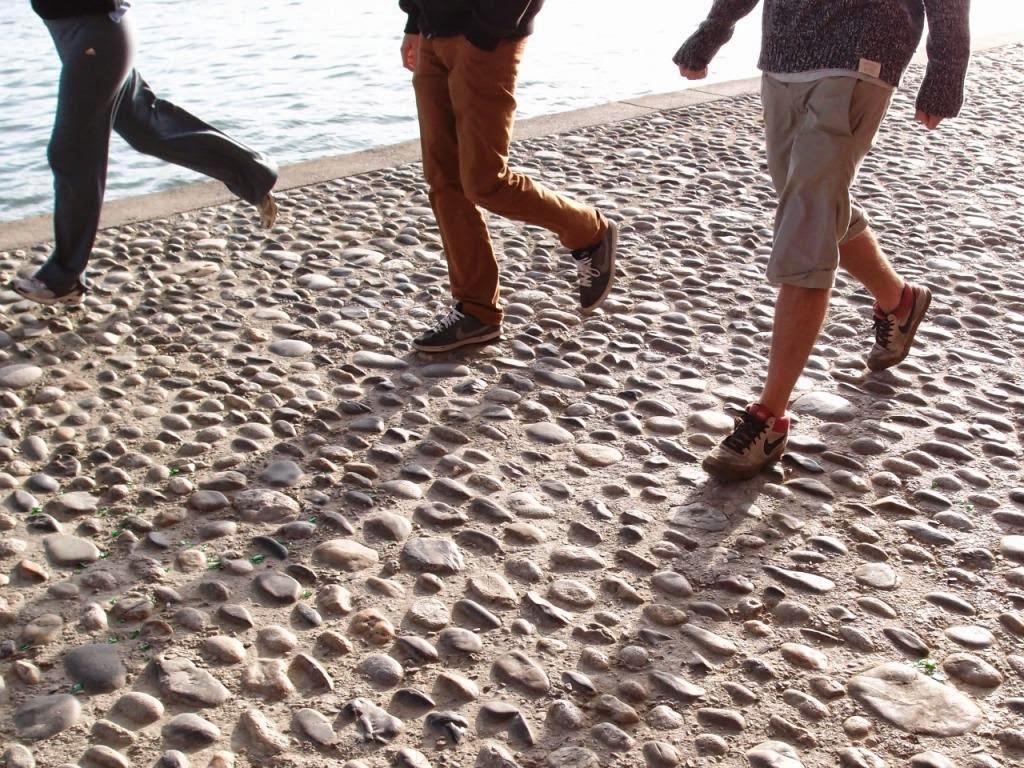 So it was good to see our local weekly paper, The Brighton and Hove Independent, kicking off the New Year with a campaign to make 2015 the year of the pedestrian. And it was great that the current edition of the paper includes the article 'Our goal is to make Brightonand Hove a walkable city', an article that I wrote wearing my hat as an activist from and Hove Group of Living Streets, the advocacy group for pedestrians.

It's a subject that I cover frequently in my blog about carfree life, with its emphasis on walking and other ways to get around without using a car - which for specialists in public-health, obesity, road safety and the environment, goes under the general label of 'active transport.'  Walking – you know it makes sense.

Posted by Behaviour Workshops at 07:57 No comments:

Hot off the press: Chapter by Behaviour Workshops in the just-published Handbook of Persuasion and Social Marketing

Brand spanking new for 2015, The Handbook of Persuasion and Social Marketing, a three volume magnum opus edited by Professor David W Stewart, and including a chapter by Behaviour Workshops (under our real names). Our chapter, which appears in Volume II, on “Conceptual, Theoretical and Strategic Dimensions,” takes a ‘compare and contrast’ look at social marketing and behavioural economics (or behavioral economics if you are reading this in the ). 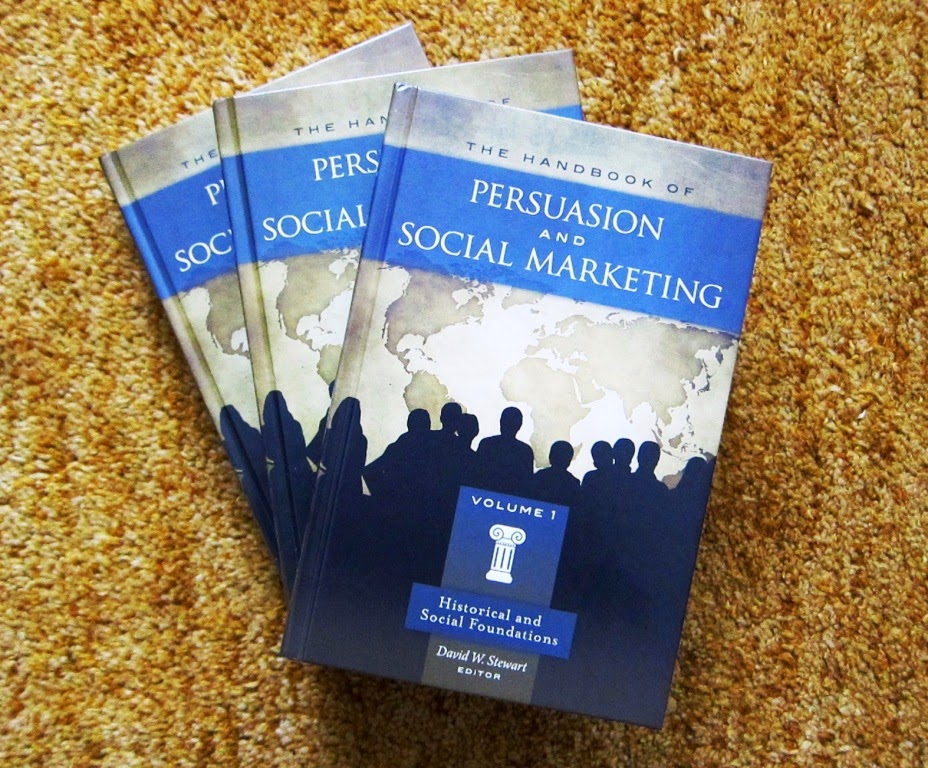 You’ll get the gist from the chapter title: Social Marketing and Behavioral Economics: Points of Contact? – but don't let that put you off: our workshops, based on our extensive programme of research, are highly practical and provide insights and examples of how the theories can be used in practical interventions to change behaviours. Or, if you prefer, behaviors.

Posted by Behaviour Workshops at 04:41 No comments:

Last month the World Bank issued its World Development Report 2015: Mind, Society, and Behavior (their [] spelling!). Interestingly, for an organisation which has often been associated with the standard economic orthodoxy, this report recognises that people do not always make deliberative, independent decisions based on careful self-interested calculations.

Instead, taking its cue from the behavioural sciences/behavioural economics the report notes that people often think quickly, use mental shortcuts and rely on shared mindsets. As the report states, by factoring this in, governments and other actors can design (development) programs that make it easier for individuals to cooperate in the pursuit of shared goals. 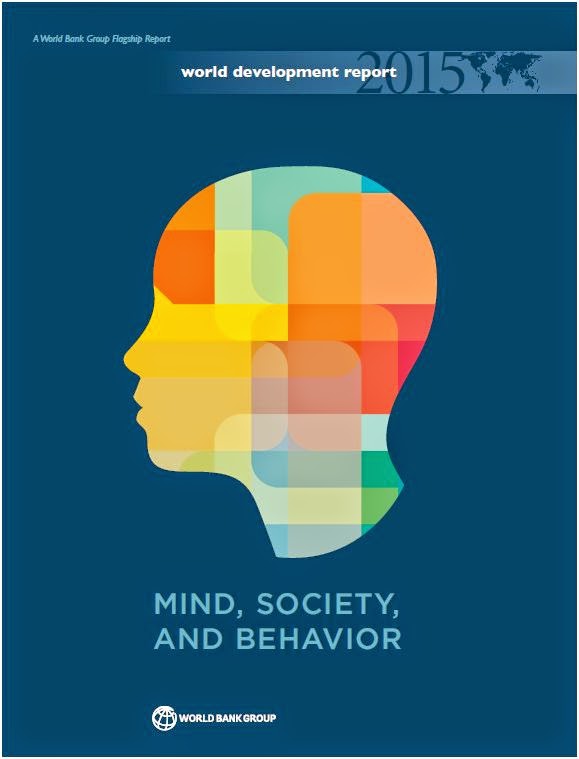 The report relates to areas such as early childhood development, productivity, household finance, health and health care and climate change, and includes case studies where development work has incorporated findings from behavioural science, using techniques such as framing, default setting, the importance of social norms, the use of commitment devices and recognising that timing matters, due to cognitive and mental depletion in decision making. 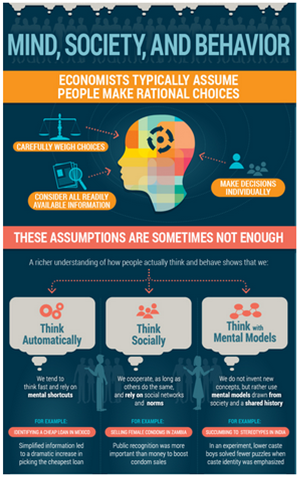 The report outlines three principles of human decision making: thinking automatically, thinking socially, and thinking with mental models. The consequences are that: much of human thinking is automatic and depends on whatever comes to mind most effortlessly; people are deeply social and will tend to cooperate as long as others do too, and we are highly influenced by social networks and norms; and most people do not invent new concepts, rather they use mental models drawn from their societies and shared histories to interpret their experiences.

As the report notes, focusing more closely on correctly defining and diagnosing problems can lead to better designed interventions. The report cautions that even experts’ initial assumptions about the causes of behaviour can be wrong, which means that it’s important to run pilots and trials to test a range of interventions. An important finding for politicians, policy makers and behaviour change specialists – and not just those involved in development work. Full report here.

At Behaviour Workshops we run training workshops which draw on many of the tools and techniques featured in the World Bank report – providing insights and applications from behavioural economics and social marketing which can help organisations meet their objectives in a more cost-effective way. More information on a typical workshop here. There is an independent review of one of our workshops here on the Comms2pointO website by Carolyne Mitchell of South Lanarkshire Council, who commissioned it.

Posted by Behaviour Workshops at 02:37 No comments: