In 2010 the Behavioural Insight Team (BIT), the guys formerly co-located at no tasked with bringing behavioural science to government, published MINDSPACE.

Now the BIT has published the latest mnemonically-inclined guidance paper, EAST. It’s aimed at helping to ensure that when policy makers design interventions, they: 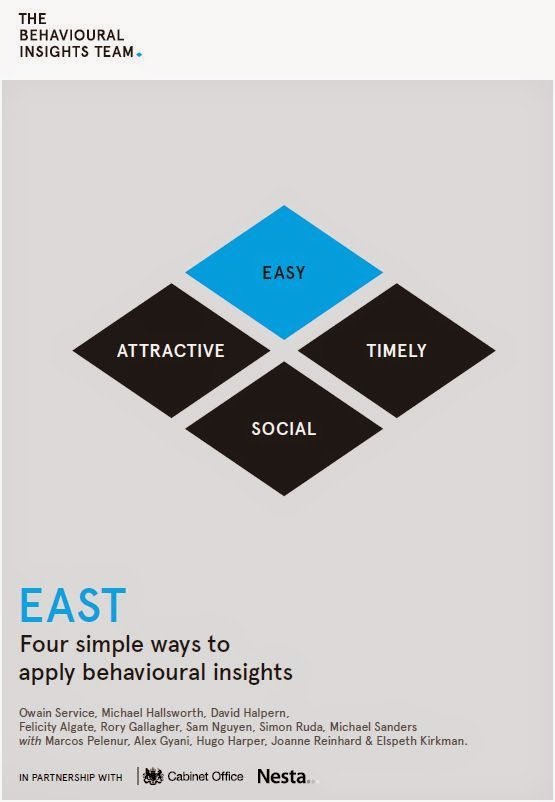 As the BIT says, “In the early years, we often used the MINDSPACE framework, and indeed some of the team were centrally involved in developing it. We still use this framework.”  But the BIT found, “in our day-to-day trials and policy work that some of the most reliable effects came from changes that weren’t easily captured by MINDSPACE, or indeed by much of the academic literature. For example, we have often found that simplifying messages, or removing even the tiniest amount of ‘friction’ in a process, can have a large impact.”  Fair enough. Then, more worringly, the BIT guys go on to say, that they’d found in seminars that the nine elements of MINDSPACE “were hard for busy policymakers to keep in mind (itself reflecting ‘cognitive chunking’).” 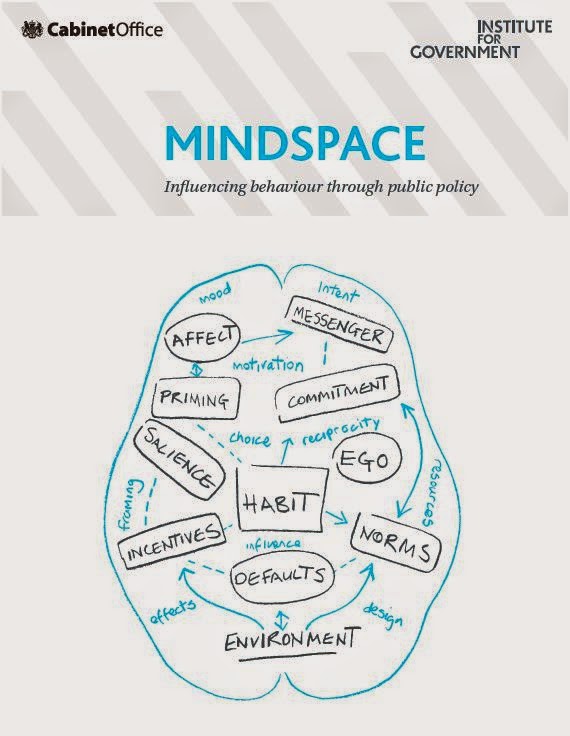 This is a sad reflection on the policy makers and the policy making process – is it really so hard to use a framework with nine elements, handily combined into a simple mnemonic?  We have used MINDSPACE in our workshops (see Is A Nudge Enough) and in conference presentations, and delegates find it insightful and useful.

Anyhow, the EAST framework was developed by the BIT from early 2012, tested in seminars with UK Civil Servants, and delivered in a short series of lectures in Harvard and Washington by David Halpern. Since then, the BIT has refined and developed some of the core concepts and ideas, based on new findings and feedback. As the BIT notes, “Getting familiar with the EAST framework won’t turn you into the world’s leading expert on behavioural insight. There are more complex frameworks and typologies, and many subtle and fascinating effects that EAST does not cover. But if even a small percentage of policies and practices are adapted as a result, EAST should lead to services that are easier and more pleasant for citizens to use, and more effective and cheaper too.”  And it’s hard to argue with that.
Posted by Behaviour Workshops at 10:37 No comments: